Having appeared in 2012, augmented reality goggles Oculus Rift became popular very quickly not only among gamers, but in various professional environments. For example, in medicine the Oculus Rift allow to carry out high-quality and exact diagnostics. Glasses can become the good tool for driving instruction. They are interesting to military and to business. 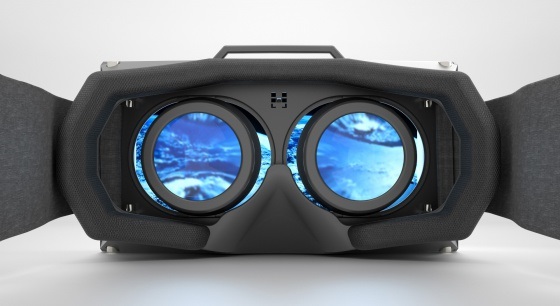 This is reliable, hi-tech and exact equipment. Its viewing angle is 110° (unlike other models, where a viewing angle is 45°). Glasses of virtual reality react to the movement of the head and trace its posture with frequency, exceeding 1000 times a second. It allows creating tremendous effect of reality.

Only look at reaction of the people, who have used Oculus Rift for the first time.

Actually, the idea of a helmet of virtual reality isn't new. For the first time similar development was registered by the American Patent office in 1960. The invention was called "a telespherical mask", and Mort Heylig invented it. Since then inventors repeatedly offered the devices, reminding modern goggles of virtual reality, but they didn't have special success.

The first commercial products, which caused a boom, appeared in the market in the late eighties. They cost madly much, plus to everything made a headache and sick.

Already today many developers 3D of games implemented support of Oculus Rift in their developments, and the other part of developers plans to make it in the nearest future.

Fans of such games as War Thunder, DOOM 4, Half-Life 2, HAWKEN, DOOM 3: BFG Edition and others, can enjoy improbable 3D effects.

It is no wonder that in a month after development of the concept, the company developer received preorders on the amount of 2,5 million dollars.

There is no limit to perfection

Producers of the glasess of virtual reality continue to work on enhancement of their child. Today the upgraded, second version of goggles is offered to buyers. Quality of the image became even better and technical characteristics were enhanced, thanks to what the producer guarantees the maximum effect of immersion.

Consumers don't lose hope that changes will concern also the price – it will become more available.

Glasses of virtual reality in lease

So far augmented reality glasses are available in lease. Its lease is useful to business – for holding the high-quality and effective presentations. And all because advertising by means of goglles of virtual reality is really interesting.

Have you tested glasses of virtual reality already?