Today in everyday life uses a lot of gadgets. Some time ago they can be seen only in fantastic films. Rapidly development of science has helped to shift the time frame by a several dozens of years in advance. Every year on the market appears new and improved inventions, surprising us with its functionality and unusual options. These include augmented reality glasses.

It was first presented to the public mind in 2002. For the first 36 hours of sales was raised about 2.4 million dollars in profit. So what had interested customers in this novelty?

Model charachteristics are the following:

Goggles are easy in use; they can be disassembled and even minor repaired. Today parts are perfectly possible to buy.The package includes the glasses and a special set of three lenses whereby focusing is in progress.

The sphere of application and modern perspectives

Today, virtual reality is not so openly used, although it was designed and presented for a long ago. This technology has enormous prospects. Even now goggles are used in various areas that are not connected with each other.

Glasses "Oculus rift" have multi-zone applications; the most relevant is the use of this gadget for playing games and watching videos. Even created a special social network where users communicate with each other only with the help of this equipment. Virtual reality is a multi-million dollar project that is constantly being improved.

At first, an Oculus Rift project was created as an analogue of Google smart glasses, but then the Oculus rift has become a completely independent gadget. This virtual helmet has compact size and is the serious competition for analog technology. As has been said, originally the Oculus Rift was created for computer games. Today they still perform this function, contributing to the promotion of the latest game projects, but gradually augmented reality goggles is penetrating into other areas.

Today the virtual equipment is increasingly used in architecture to create interiors of office and private premises. Augmented reality goggles have a distinctive excellence; the client can see not only the picture but also as if he has visited the planing room and building, evaluated all the features of the interior. This technology is just beginning to be used, but many experts in the field of architecture and interior design are able to evaluate the benefits of Oculus rift. Today for three-dimensional design used special rather complicated program. AR goggles easily and quickly handle with the creation of three-dimensional objects; any special knowledge for their use does not required.

Oculus Rift in education and medicine

The widest range of possibilities with the augmented reality goggles opens in education sector. For example, Matthew Marozin, known teacher from Australia, believes that the virtual technology will help to raise the level of education to the next-higher level. Oculus Rift will be in high demand in the teaching of physics, chemistry, astronomy, biology. Three-dimensional realistic visualizations will allow teaching in a convenient and easy form not only students of schools and Universities, but students of driver’s education. Oculus Rift may soon become indispensable in the training of pilots, specialists in precise and complex technology. All the features of this system have not been studied so far, and the development and implementation of new functions is able to propel augmented reality goggles to previously unattainable heights. 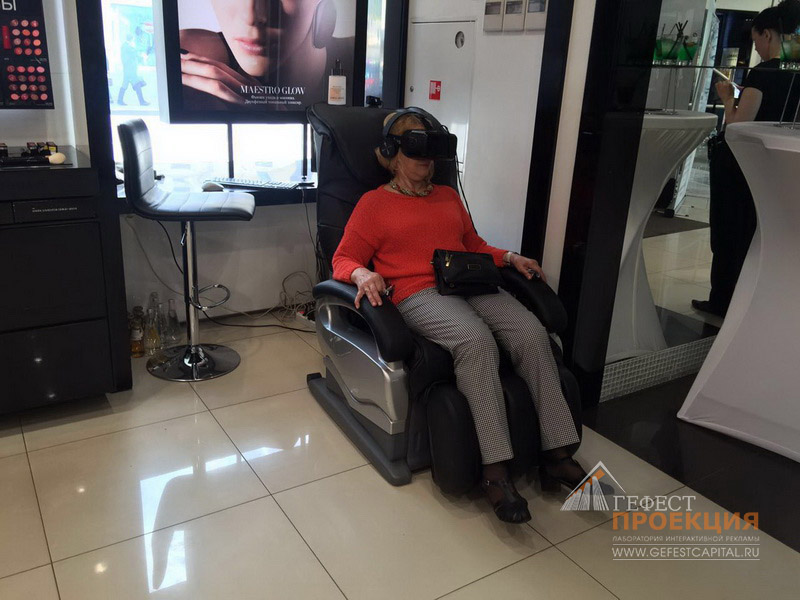 There are already first attempts to use a new gadget in medicine. It is not only the study of the functions and performance of the internal organs and carrying out accurate surveys, but also communication with children with autism. The research was conducted with the participation of such kids, they did not got the large scale until, but even obtained results are encouraged in the treatment of patients.

Oculus Rift goggles can be used in the other areas. Today this technology is gradually explored by the military. The developers have already been submitted the Oculus Rift 2, which has a better display and more advanced features. Goggles can be easily connected to the computer.