In the park of our interactive equipment the new offer for the organization of an entertainment program on various actions and in institutions has appeared. 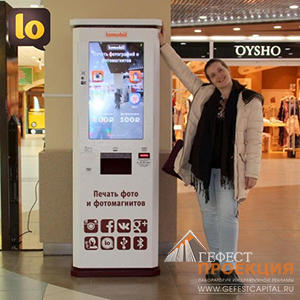 This device is called Hashprinter, and it has received the name thanks to ability to print a photo from Instagram on specially set hashtag. From the name of this popular social network it is called still by Instabudka or Instaprinter. He has a lot of names, habitually, to call Heshprinter the photobox though, some models aren't similar to anything, habitual to understanding of the word "photobox". But about everything - is more detailed.

Initially in the 80-90th years there were cameras Polaroid by means of which it was possible to do pictures and right there, thanks to the built-in printer and special photographic paper, pictures it was possible to print, and directly to look - who as will turn out and how remarkable there was a frame. At the time of film photocameras such property was very strongly appreciated as, labor-intensive process of manifestation of normal photos took several days. And on a wave of normal curiosity and human desire to see somewhat quicker result the photocameras which are instantly printing pictures also became popular.

With the advent of digital photocameras which yielded the instantaneous result and allowed not to wait for the seals, and directly to receive a photo also to view it in all nuances, film cameras, and also cameras of the momentary printing of pictures Polaroid faded into the background, giving way to an innovation. 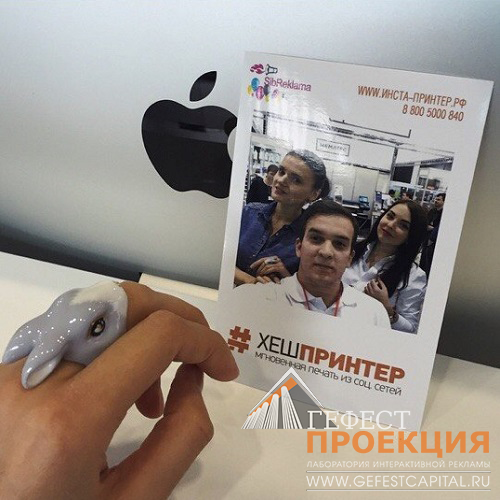 But in modern conditions of general "digitizing" of life, the old checked things, film cameras and paper photos are appreciated above, storing really that part of reminiscence which will be allocated considerably against the background of the faceless digital pictures hidden from general eyes.

On such technology of the momentary printing as at old kind photocameras of Polaroid, Heshprinter also works. A model range of such devices quite big, since miniature devices with which installation it is possible to cope alone which are equipped only with the printer (that is, at these devices the photocamera isn't built in, they can only accept pictures from Instagram for the printing, realizing search in a hashtag), as well as the big devices reminding the game machine with toys, with the built-in photocamera, the software allowing to edit a photo before the printing, and, actually, the printer.

Besides, the bill acceptor - the convenient modification of Heshprinter allowing to monetize a seal of photos is provided in such devices. You just before installation set the necessary amount - photo seal cost, and, further, use the device as the habitual automatic machine for account replenishment (only here service - a seal of photos). 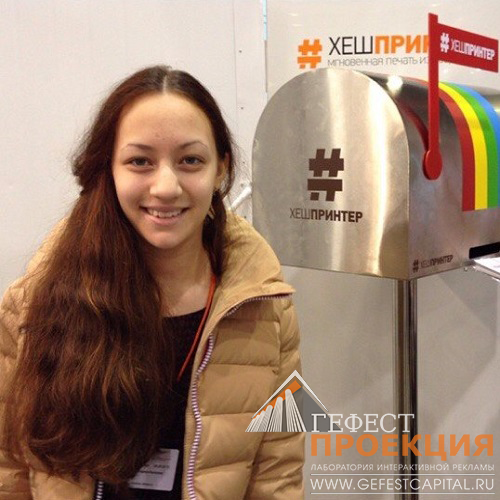 Additional service is provision of the device with two side screens on which advertising filmlets can be shown - it will give the chance to use Heshprinter also in the advertising purposes. By means of it, for example, you will be able to advertizes services and promotional offers of the institution and to create a bright sample of the advertising message which will draw attention and to the device. Heshprinter works for drawing attention, as well as advertising .

In case of use of a heshprinter on actions, process of the printing of a photo is extremely simple.

In case of installation you set a special hashtag with which your guests shall publish a photo in Instagram from the mobile devices.

As soon as the photo snares, in 30 seconds it is possible to take away a photo from the printer - it will be already ready and printed, and will wait for its owner.

If you were interested in our offer — address our experts!

Instacube is an excellent way to diversify the program of an action and to leave at visitors a memorable souvenir in the form of the photo. In order to receive it, is enough to post the publication in network Instagramm with a certain hashtag which has to be unique and correspond to scope of an action. Exactly in 20 seconds Instacube will automatically print out the published photo.

Instacube it is possible to use at weddings, exhibitions, the presentations, office parties. The cost of the rent decision makes 20 000 rubles a day. You can buy instacube for the museums, shops, entertainment centers for only 250 000 rubles.

The small sizes of an instacube of 40*40*40 cm allow to arrange him practically in any place, on a public inspection and drawing attention of visitors of an action.

Also there is a possibility of branding of photos and the instacube.

Instacube is equipped with powerful thermosublimation compact rolled photoprinter of DNP DS-RX1. He works at high speed, printing bright and saturated photos of 10х15 cm in size approximately in 14,9 seconds that will allow to avoid creation of turns even at a large number of visitors of an action. 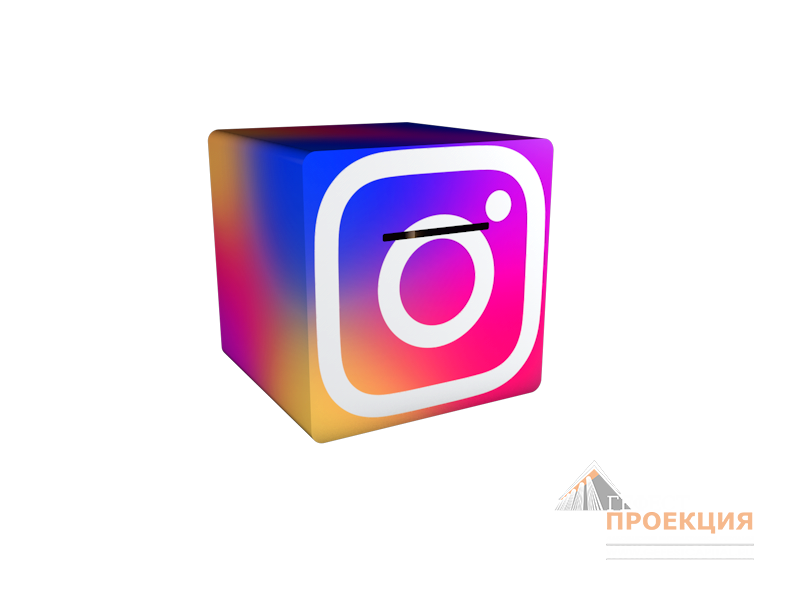 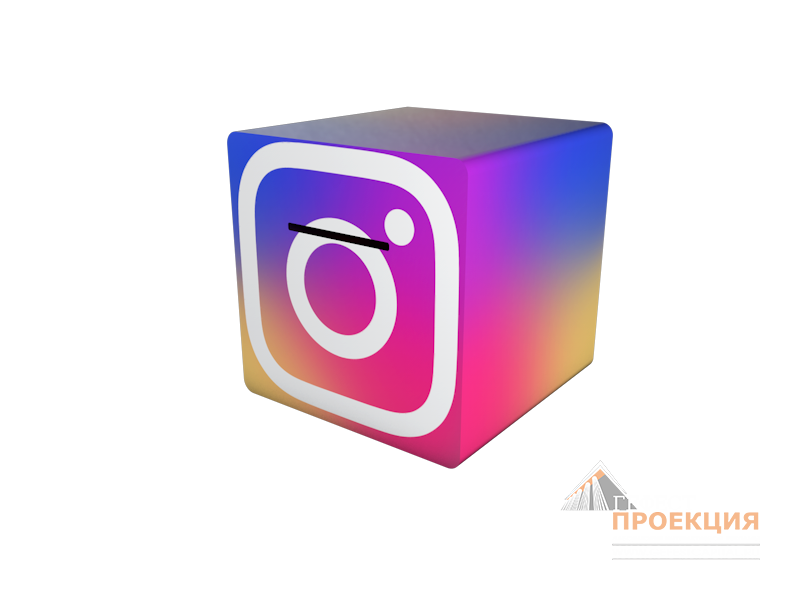 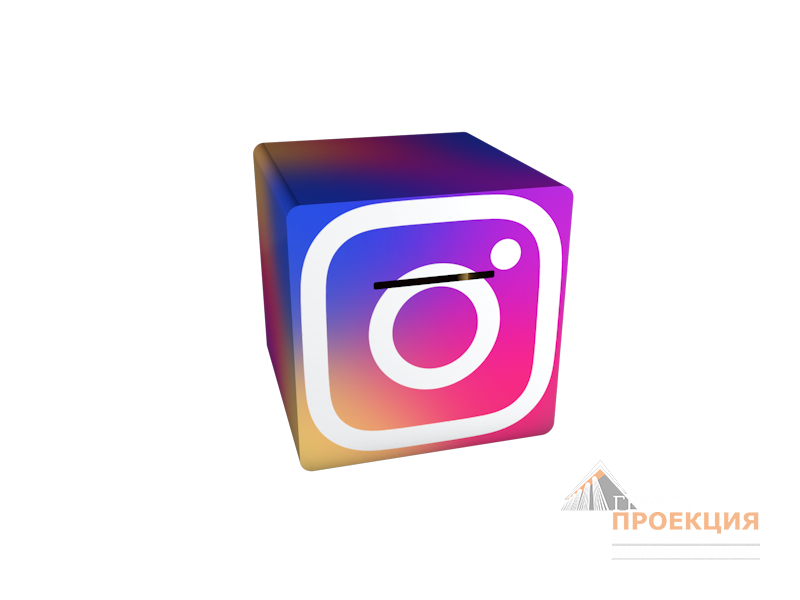 ** branding of a frame for the photo - is free